You are here: Home » Cinema/theatre/TV » The King of Tiny Things – review

The King of Tiny Things – review 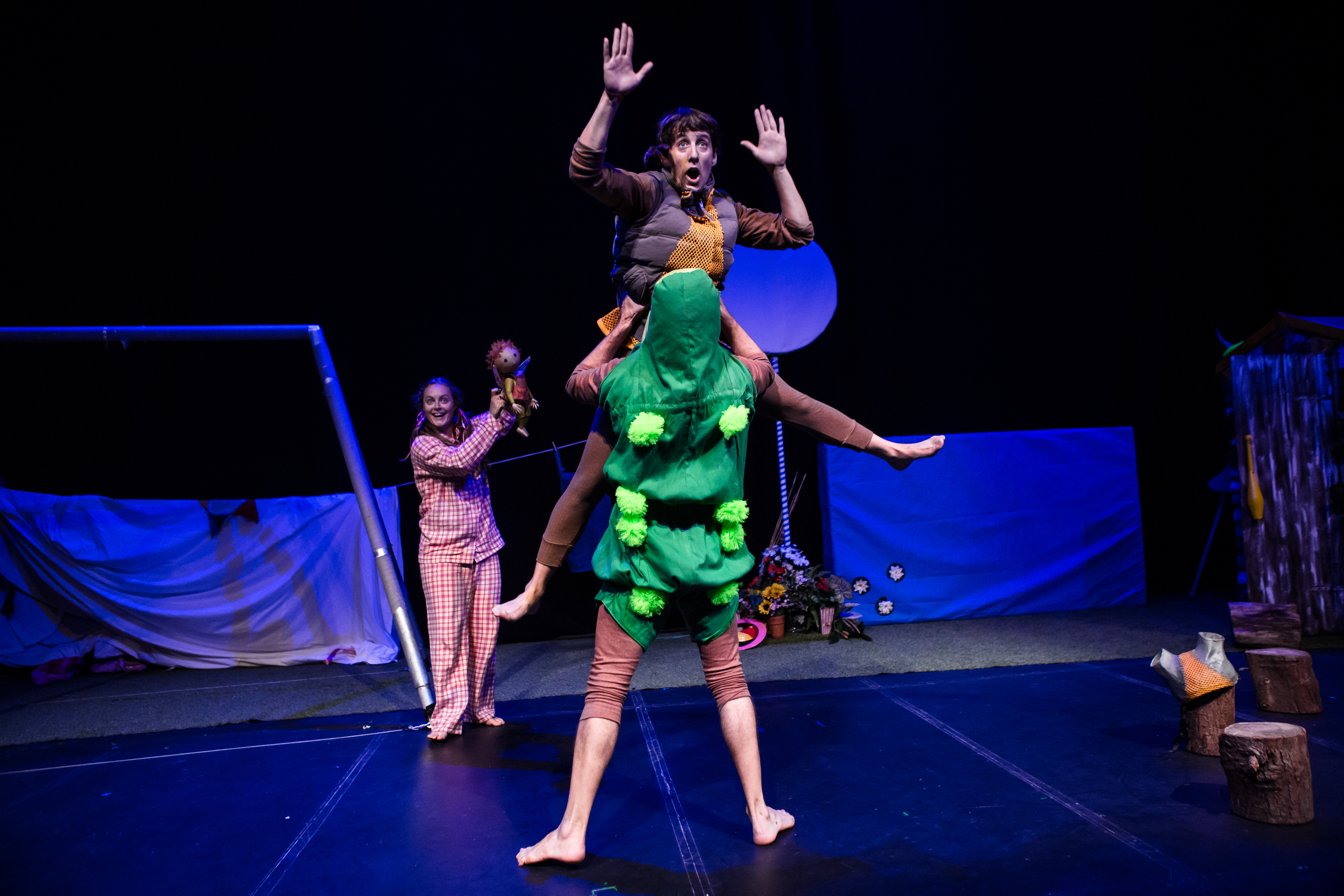 Harriet (aged five) and I went to see The King of Tiny Things at the Underbelly at the South Bank Centre and it was a fantastic introduction to physical theatre, juggling, puppetry and shadow theatre all performed by a cast of four – Harriet was keeping a count. She particularly liked the ballerina in pink (no surprise there).

Based on the book by Jeanne Willis, illustrated by Gwen Millward, this production of The King of Tiny Things adapted and directed by Poppy Burton-Morgan follows the adventures and experiences of two siters who are staying with their grandparents and have been persuaded to spend the night in a tent in the garden. The play explores the simple fears of the dark and creepy crawlies as well as the more complex ones of growing up and change.

It really is a lovely story to be enjoyed by anyone over the age of three who enjoys great singing, scintillating puppetry and skillful circus.

Our only problem was not being able to hear properly all of the time due to outside noise, otherwise this would have had five hearts.