You are here: Home » Cinema/theatre/TV » RSC's Twelfth Night – in your sitting room 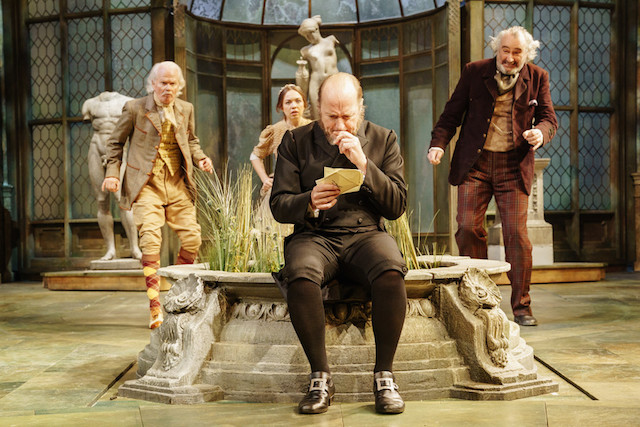 To mark World Theatre Day (Friday 27 March), the Royal Shakespeare Company (RSC) is inviting people to join a live ‘watch along’ from their living rooms on Saturday 11 April of a recording of their 2017 production of Shakespeare’s comedy Twelfth Night, featuring Adrian Edmondson as Malvolio and Kara Tointon as Olivia.

The production will premiere on Marquee TV on Saturday 11 April, with the watch-along starting at 7.15pm (UK time).

Marquee TV, the international multi-genre performing arts streaming service, working with the RSC and other arts organisations, is responding to the current closure of theatres by offering everyone a no obligation free 30 day trial to watch some of the best in theatre, dance and opera.  There are already 17 RSC productions available to stream, including Richard II and King Lear with, respectively, David Tennant and Antony Sher in the title roles.

Marquee TV will also be streaming "premieres" of productions that are new to the platform, including Twelfth Night, each Saturday.

The RSC is inviting everyone to join the "watch along" by posting their comments live on Twitter during the performance. People can get involved by following the RSC – @theRSC – and by using the hashtag  #AlmostLiveFromTheRSC

Directed by Christopher Luscombe and set in 1890s England, Twelfth Night originally opened in the Royal Shakespeare Theatre, Stratford-upon-Avon in November 2017. As with all of its Shakespeare productions since 2013, the RSC also broadcast Twelfth Night into cinemas across the world, and into schools for free.

You can sign up to the no obligation free 30 day trial at www.marquee.tv