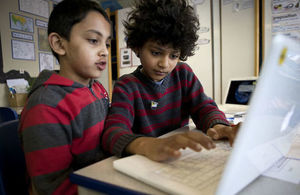 This year’s national results are the first to be released following the introduction of a far more rigorous curriculum in 2014 that raises the bar in terms of expectations of young people’s mastery of literacy and numeracy, bringing our primary school curriculum in line with the best in the world.

Education Secretary Nicky Morgan said the results showed there was no limit to our children’s potential and that schools had once again risen to the challenge of ensuring children meet new higher standards and in doing so have equipped pupils with the knowledge and skills they need for success at secondary school and beyond.

The results are not comparable to test results from previous years which were under an entirely different system of assessment.

These results form only one part of how primary school performance is measured – later in the year, results for pupil progress will be published. This, taken in conjunction with today’s attainment figures, will be used to determine which schools require extra support and possibly intervention. Earlier this year Education Secretary Nicky Morgan made clear that no more than one percentage point more primary schools will fall below our minimum standards for school performance in 2016 in order to give schools time to adjust to the new system. Ministers have also advised regional schools commissioners and Ofsted to take into account that this is the first year under a new assessment system when considering school performance.

This year the average pupil is performing above the "expected standard":

What will you receive from your school?

Your child’s teacher will consider your child’s KS2 test results, their teacher assessment judgements and their own experience of the progress your child has made. They will use these to create a report by the end of the summer term, which explains how your child has done in maths, reading, writing, science and grammar, punctuation and spelling.