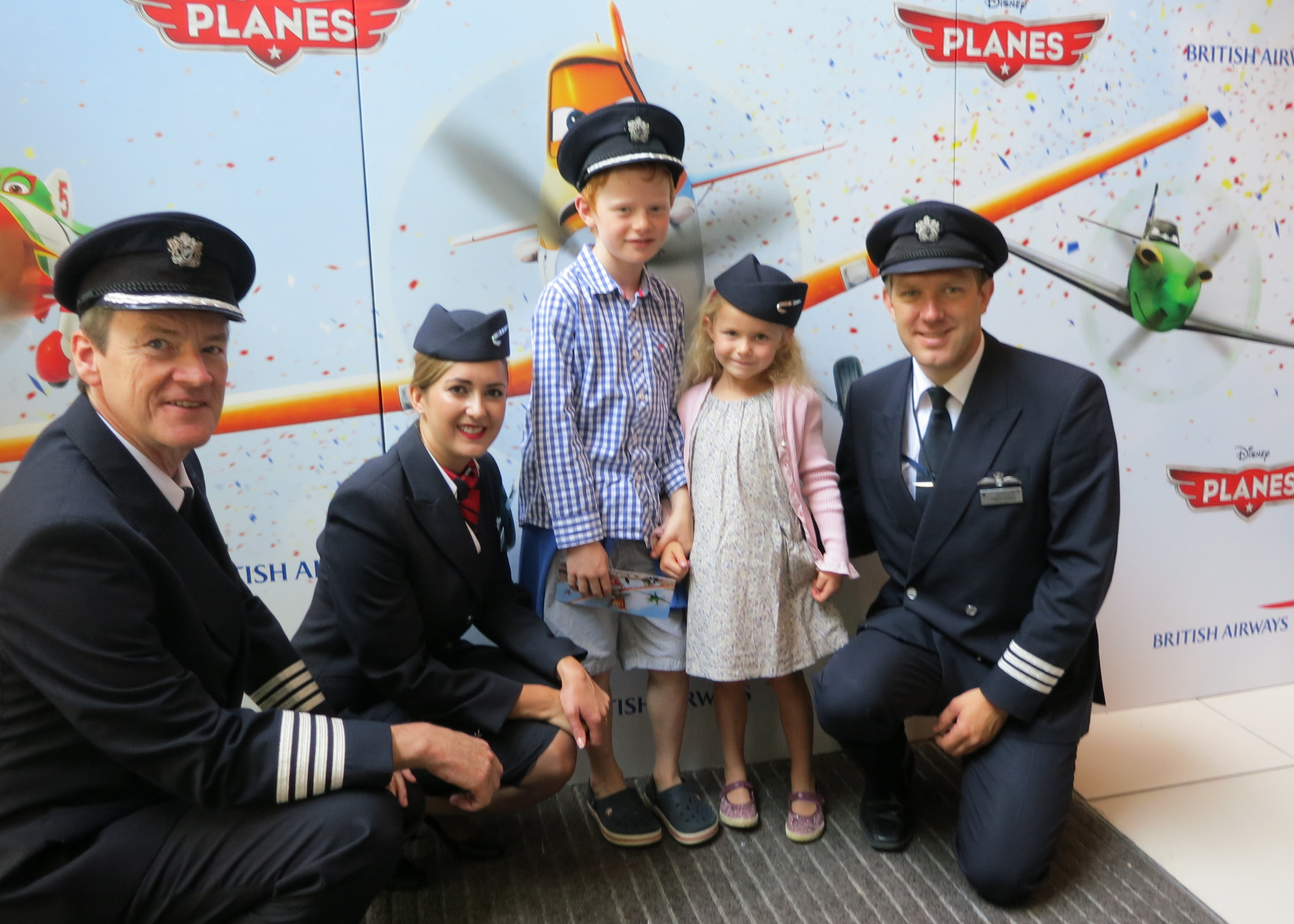 Planes is set in the World of Cars, the hugely successful animated series that was originally created by Pixar but which is now under the creative control of parent company Disney. Toby and Pippa were lucky enough to attend a private screening for Parenting Without Tears at London's Leicester Square, which saw the landmark London cinema decked out in an aeronautical theme complete with friendly air stewardesses and "in-flight" goodie bags provided by British Airways complete with popcorn, paper planes, colouring books and crayons.

Planes is the first in a planned animated trilogy about a group of high-flying friends. Dusty Crophopper (voiced by Dane Cook) is a low-flying crop-dusting plane with a fear of heights. The familiar story has characterisation so similar to the original Cars films that even Toby, eight, spotted the similarities straight away. It tells the story of a Dusty Crophopper, who dreams of becoming a big time aero racer with the support of his mentor, Skipper and the encouragement of some new friends Dusty is able to achieve his dream of competing in a famous arial race.

Toby enjoyed the film enormously; he particularly liked the races and arial scenes which looked pretty spectacular in 3D. Pippa was not as complimentary, her initial enthusiasm led to outrage as she crossly stated "this is not a girl's film as there are not enough characters for girls in it". There is one sassy female friend and an exotic love interest but Pippa had a point that it was a male dominated cast. The characters consisted of a collection of broad national stereotypes including a stiff upper lipped Brit plane and a lovelorn Mexican alongside the goofy sidekick, wise old father figure and the dastardly villain who will stop at nothing in order to win.

Toby pointed out that Planes is essentially all about the race, dominated by an onscreen leader board and commentary that drives the story forwards as Dusty and his fellow competitors race around the world. Along the way perils are encountered, fears conquered and friendships betrayed. The animation is good especially during th races but not outstanding. Pixar's trademark intergenerational visual and linguistic humour that we all love and expect was not totally in evidence and Planes does not entirely deliver.

Holding Pippa's attention started to mirror the endurance legs of the fictional air race but Toby was a fan throughout. Planes is a family-friendly movie which appealed to our eight year old but would not stand up to repeated viewings from Pippa, aged five.