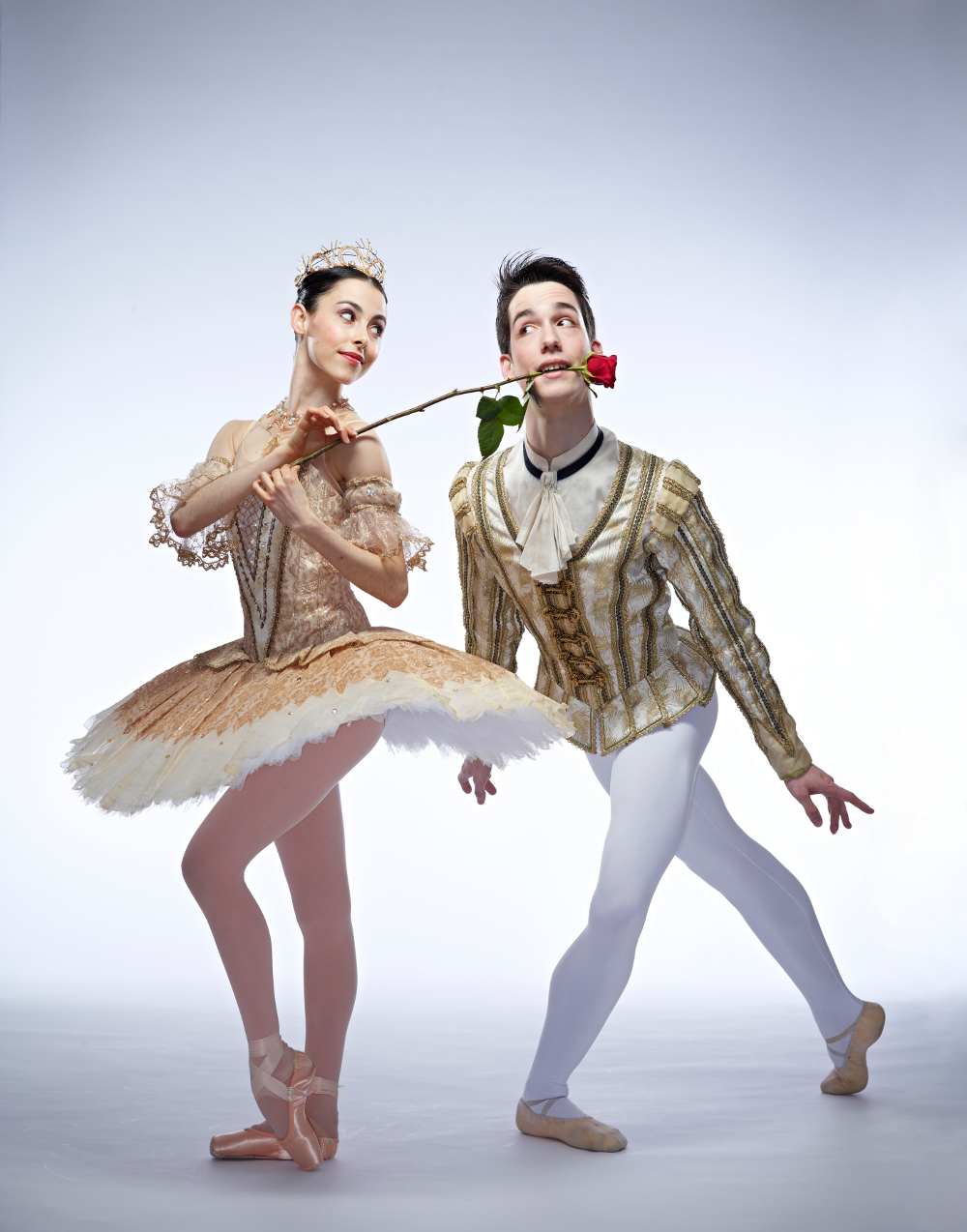 At nearly seven, Rosamunde is not new to ballet – she's seen The Nutcracker and she goes to ballet classes. Harriet has only seen ballet on the small screen. Both were enchanted by My First Sleeping Beauty. Narrated by Jane Wymark who wrote the script with Matthew Hart who adapted, directed and staged this production, My First Sleeping Beauty is the perfect way to introduce young children to ballet.

The performance we attend was full of princess costumes and tiaras (not to mention the lighted wands sold in the foyer) so we felt a little underdressed! The atmosphere was was positively evanescent. The lights went down and the nurse (Jane Wymark) began to tell the story to a suddenly hushed audience.

Harriet hid her face at the first sighting of evil Fairy Carabosse but as soon as the fairy godmothers began dancing she was entranced. The interval came as Aurora began her hundred years slumber. Unlike at adult theatre, the audience did not rush out to the bar but sat chatting to each other – keeping an eye on the hundred year clock on the stage curtain, gasping at every 25 year move of the hand.

The second act saw the arrival of the prince and his mission to cut through the forest of thorns and awaken Aurora. Although threatened by Carabosse, the prince achieves his aim with the help of Lilac Fairy... The wedding scene was Rosamunde's favourite. Two fairy tale guests particularly appealed to her: the White Cat accompanied by Puss in Boots who earned a slap every time his paw wandered along the feline leg!

Harriet clapped her hands in excited delight and there was a wonderfully uplifted feeling in the auditorium as the curtain fell. There was enough audience participation (shushing the baby etc) to keep even very young children's attention. The music, of course, speaks for itself.

My First Sleeping Beauty is at the Peacock Theatre until 8 April then continues its UK tour until 3 June 2012.