You are here: Home » Fit kids » The Importance of Teaching Your Kids to Wash Their Hands Thoroughly

The Importance of Teaching Your Kids to Wash Their Hands Thoroughly 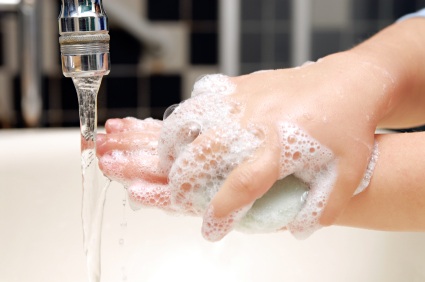 According to new research from a consortium including University of East Anglia, antibiotic-resistant E. coli is more likely to be spread through poor toilet hygiene than undercooked chicken or other food, E. coli is a Jekyll and Hyde organism. We all harmlessly carry it in our gut, as do animals. However, some E. coli strains cause food poisoning whereas others cause urinary tract infections (UTIs), and infections after gut surgery. At worst, these develop into bacteraemias – bloodstream infections.

E. coli has become considerably more antibiotic resistant over the past 20 years both in humans and animals. Particularly important are strains with "Extended Spectrum Beta-Lactamases (ESBLs)". These are enzymes that destroy many important penicillin and cephalosporin antibiotics. Many strains with ESBLs often have other key resistances too.

The scientists' report in The Lancet Infectious Diseases reveals that antibiotic-resistant ‘superbug’ strains of E. coli from human blood, faeces and sewerage samples were similar to one another.  However there was little crossover of ESBL-E. coli from animals to humans.

What they did find is that there are human-adapted strains of ESBL-E. coli, principally ST131, which dwell in the gut and which occasionally – usually via UTIs – go on to cause serious infections.  And that the likeliest route of transmission for ESBL-E. coli is directly from human to human, with faecal particles from one person reaching the mouth of another.

Although food hygiene is still important it’s much more important to wash your hands after going to the toilet.

Prof Neil Woodford of Public Health England said: “In order to tackle antibiotic resistance, we not only need to drive down inappropriate prescribing, but reduce infections in the first place. In order to limit serious, antibiotic resistant E. coli bloodstream infections, we must focus on thorough hand washing and good infection control, as well as the effective management of urinary tract infections."

Lead by example and get your child in the habit of always washing their hands whenever they return home, before meals and after going to the toilet.