You are here: Home » Cinema/theatre/TV » Sleeping Beauty in the Wood

Sleeping Beauty in the Wood 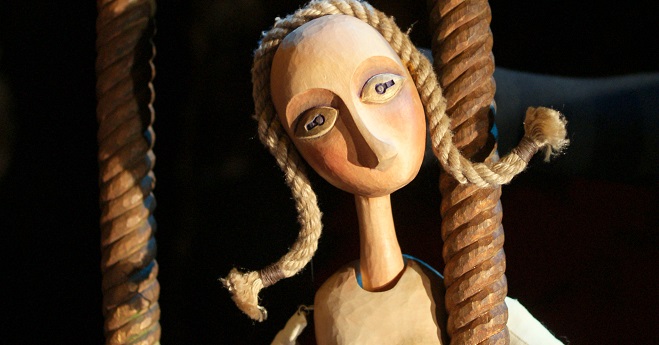 The story of Sleeping Beauty is so well known by children that it makes a perfect introduction to a theatrical production. Anyone who follows our review will know that four year old Harriet has been going to the theatre since she was very young – and she loves the whole experience. Seeing Sleeping Beauty in the Wood added a new dimension.

The story is told and performed by two actors/musicians/puppeteers: Arran Glass and Rachel Leonard. Using shadow theatre, puppets and their own bodies, these two performers captivated the audience with an irresistible production.

The production was witty and intelligent to hold adults' interest. I was completely fascinated and the children in the audience (recommended for three to eight year olds but there were younger ones there) were enchanted – although the most laughs were produced by the dancing skeleton.

This was children's theatre at its absolute best.

Find out about Little Angel Theatre productions and tours.

The next production at the Little Angel Theatre in London is Skitterbang Island, a puppet opera, running form 26 April to 15 June 2014.