Now obviously there is some serious North Pole magic involved in delivering gifts all over the world but can you help Father Christmas with some of his calculations this year? 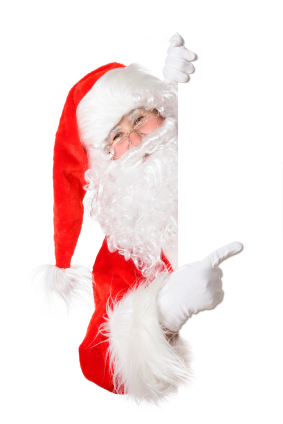 Q1. Santa only has 15 minutes to fill the stockings of 10 million children. How many stockings will Santa fill in 7 minutes 30 seconds?

Q2. For every 10 stockings he fills, Santa eats one mince pie. How many mince pies will he have eaten when he’s filled the stockings of 10 million children?

Q3. 20 per cent of Santa’s 10 million gifts are books, while a quarter of them are games. What is the number of books and games combined?

Q4. Santa has arrived at your house with a sack full of presents weighing 2.5kg, if there are 2.2lbs in a kilogram, how many pounds does his sack weigh?

If you would like to improve your maths and English language skills go to www.learndirect.co.uk