You are here: Home » Cinema/theatre/TV » All Hail King Julien – Netflix 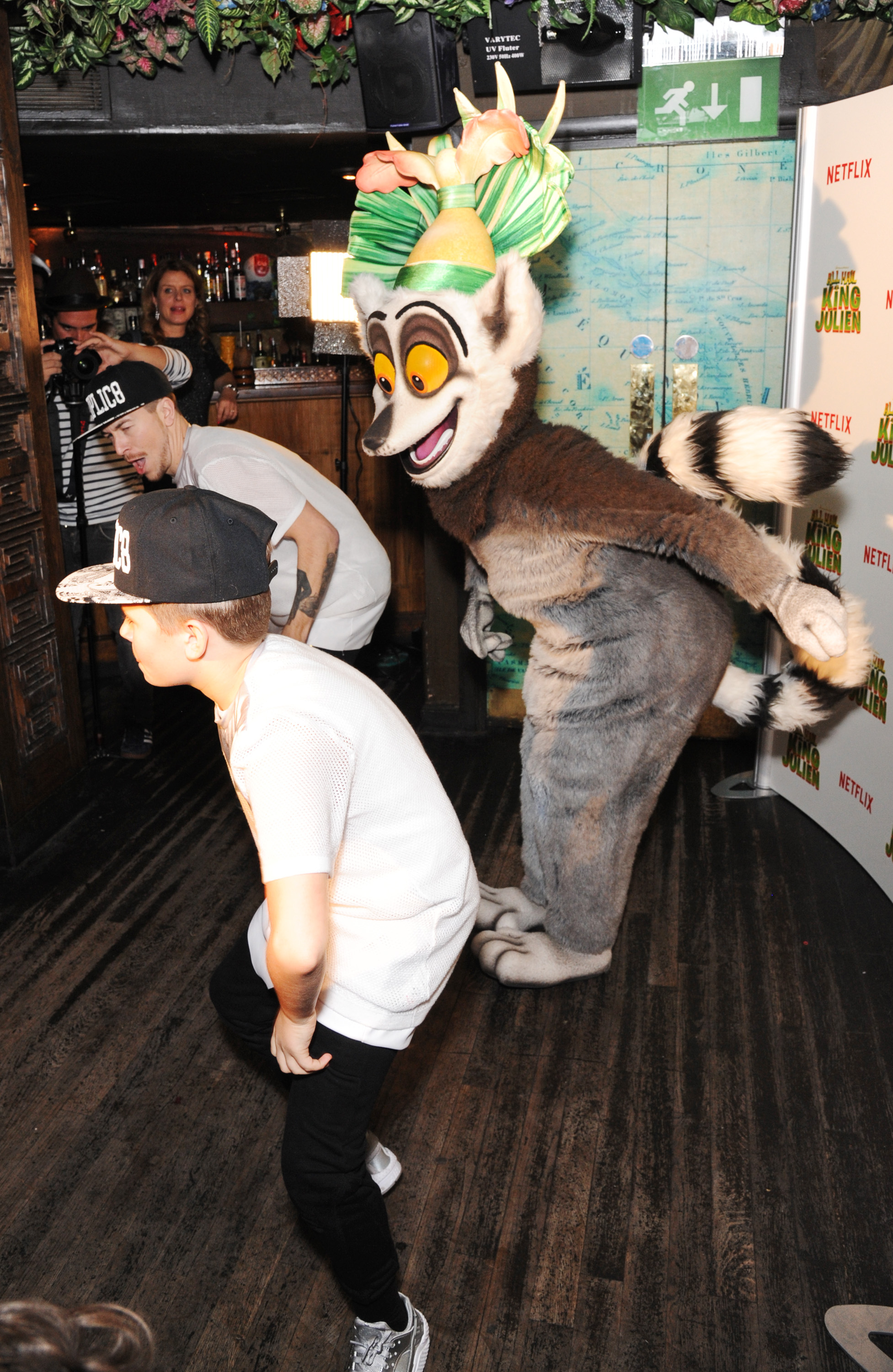 Netflix obviously like to party in style – just like King Julian – as we were invited to the screening of the first two episodes of ALL HAIL KING JULIEN which also included a dance lesson for the children attending. Harriet and her friend Sam were a little daunted at the beginning seeing King Julien in "person" but they gradually relaxed although not enough to try the dance routine led by Got to Dance winners Duplica8 and King Julien.

With lots to eat and drink including jungle-inspired "mocktails" for the junior guests, the afternoon was a huge success and judging by the reactions of the children watching the first two episodes of the latest Netflix original, ALL HAIL KING JULIEN is another winner.